Finding Your Way: Orienteering is the Key to Adventure Racing

Have you ever found yourself panicking as you realize you’re completely lost and about to miss that appointment or job interview?  Not a great feeling, is it?  Well, being lost in the middle of nowhere out in the wilderness in the black of night is even worse.  Take my word for it.  That’s why Orienteering is the key to a successful Adventure Race.  At least one person (preferable more than one) on your team needs to become proficient with a map and compass.  It’s imperative.

And don’t just assume that you can follow other teams.  Lesson number 1 in Adventure Racing is: Don’t ever follow anyone else…  EVER!  Unfortunately, I’ve had to learn this lesson over and over and over again.  Even for an experienced racer who knows better, it’s sometimes just too tempting to follow a “good team” when you’re not sure which way to go.  The problem is, sometimes even the “good teams” don’t always know where they’re going or maybe they’re too fast for you to keep up with.  So don’t rely on anyone else.  You must know where to go.  But how do you do that?

First you should go to Orienteering USA.  Here you’ll find all kinds of info on Orienteering, or “O” for short.  For raw beginners, there is a “New to O” section that is invaluable.  On this site, you can also find a local O-club near you.  Even if you don’t join the club, which you really should, you should attend their O-meets and any navigation clinics they may offer. There are also Adventure Racing clinics and camps.  Pura Vida offers courses on Navigation ranging from 6 hours up to 2 days.  They offer other courses as well, and they even offer 3 and 5 day camps specifically for Adventure Racing.  I’ve never been to any of their courses, but I’ve heard good things.

One camp I can vouch for, however, is the High Profile Adventure Camp.  I’ve been to the camp twice, and I can’t recommend it highly enough – especially for beginners, but more experienced racers will benefit greatly as well.  At the 3-day camp, you get top-notch instruction on not only Orienteering, but on rappelling, climbing, paddling, race nutrition, and more.  At the end of the camp, you’ll have a chance to test your newly-acquired skills in either a 4-hour or 8-hour adventure race.  For roughly 200 bucks (which includes most meals and lodging), there isn’t a better bargain out there. 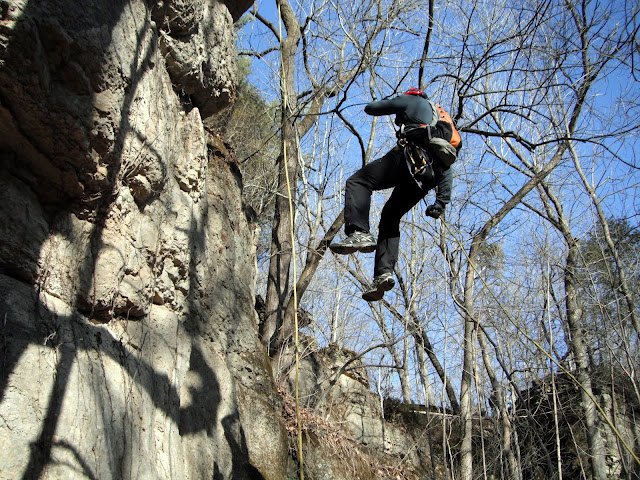 High Profile Adventures can “show you the ropes.”

One final way to learn orienteering is to ask for help.  Find an adventure racing team near you, and simply ask if someone would be willing to help you with the basics (A good list of teams can be found at Checkpoint Tracker).  Most adventure racers are more than willing to share their knowledge with Newbies.  We here at Team Virtus have helped many of our fellow racers learn the basics of orienteering.  Don’t be afraid to reach out to others for help.

Once you get the basics of orienteering down, then it’s just practice, practice, practice.  Will you be perfect?  No, of course not.  Even the best teams make navigational blunders.  It’s what makes Adventure Racing so unique.  You never know what’s going to happen out there.  But being adept with the map and compass will shift the odds in your favor.